Before the Studio opens up to the public, we’ve partnered with several projects to highlight the possibilities of Creator Studio for both new and experienced creators.

Just like our toolsets are meant to remove stigma from the launch process, this next project is determined to reshape public perception of NFTs and define a new approach to developing intellectual property in the digital age. Claynosaurz are adorable, detailed and thoughtfully designed animated 3D NFTs. Coming from a team steeped in industry experience, this project is creating one of the first digital native studios, born in web3.

Let’s take a peek behind the clay and learn what this ambitious prehistoric project has to offer.

What It Takes to Build with Clay

On the surface, “Claynos” are flawlessly cute dino companions as lovable as they are unique. But an animation style that can contend with AAA studios demands decades of experience, thousands of ideas and the kind of imagination you only see once in a generation.

The Claynosaurz team explains, “everything we release at Claynosaurz is deliberate [and] guided by our Concept Artists.” Building this kind of project is a labor of love. Regarding the final product, the team says it’s all “about upholding standards.”

Behind every Claynosaur are thousands of concept images, 3D renders and animation rigs — every piece meticulously made to immerse you into the world of the Claynosaurz.

The team behind the Claynos comes from a dense background in animation and film, and they’re taking cues from the creative processes that helped them succeed in the past. “Our team is built in similar fashion to the studio productions we’ve been a part of,” they explain, following with, “we opt for specialists in every department.” But it all starts with the concept art.

Concept art is the bedrock of the Claynosaurz universe. Ideas that birth the magic we see in the Claynos are locked down long before 3D animation begins. Ideas can bounce around freely, and the greatest plans make the cut. This process allows creativity to flourish and only the best ideas to move into the next production stage.

Next is art direction, which the Claynos team characterizes as “our lifeblood,” saying “every character and design choice is curated.” The delicate process of artistic selection defines a cohesive and universal design, which the Claynosaurz team describes as appealing to “all ages and tastes.” Mass appeal is the goal.

Building a world this dense requires rules — rules for what shapes to use, what color palettes to explore and how lines interact.

These rigorous processes help keep the Claynosaurz vision intact throughout the entire production experience. With multiple artists working together, these rules help keep things harmonious. Much like an orchestra, the Art Director sets the rhythm of creation, leading animators and other 3D artists through a symphony of imagination.

This takes resources, thousands of person-hours, sheer computational power and, of course, expertise. But, as the Claynosaurz team puts it, “it’s what we do.”

Peeking at the legendary roster of talent the Claynosaurz team has put together, you get a sense that this isn’t something the web3 world has seen before. As they describe, “we’re a team of industry artists that joined forces to create something of our own, a digital-native IP with massive potential for scaling.”

If you need a bit more fuel for your hype, here’s a non-exhaustive list of past team member experience:

“We’re a braintrust,” the team explains, “organized into ‘departments’ and specialties.” On the Claynos team, “each artist contributes their select set of skills as [they] develop the business.” For them, it’s about having fun, and changing the game. It’s about making you feel something.

A total of 14 artists make up the studio’s current genesis roster. Add to that 3 more on the branding and marketing team, as well as a stacked advisory board from all avenues of web3, and you’ve got yourself a creative powerhouse.

This project is brimming with creative talent, and it shows. But when it comes to the web3 vision, what’s the motivation behind these prehistoric NFTs?

Seize the Clay - Claynosaurz’ Web3 Ethos and the Role of Community

With a roster filled with so much expertise, you may ask, “why web3?” For the Claynosaurz team, the reason is pretty simple. They explain, “through Claynosaurz, we’re taking back creative control and doing things our own way.” A call to action echoed across the web3 space. While web3 is a revolutionary social and tech shift, it is a reactionary one for the artists.

It’s not just about owning their art but also welcoming the reality of the changing media landscape. The Claynos team has seen “an unprecedented demand for new content, stories, and IPs.” This shift has made character development an invaluable resource, and the team intends to create a new framework for how creators and collectors navigate these waters.

Through “a less bureaucratic, more direct approach to IP development,” the team puts “ownership and community” at the forefront of all they do. They’re the “pillars and standard for success,” they detail.

In web3, projects have a direct feedback loop with their communities. A stark difference from the traditional models of large-scale creative development. “Traditional studios don’t benefit from direct conversation with audiences; we do,” the team explains. “A shift to a web3 ethos allows us to tap into that power.” With a more symbiotic relationship, they intend to see a much deeper emotional connection to the product on the consumer side. The holders are entertained by output and input simultaneously, and inherently vested by the fact that they play a major role in developing the characters, the world, the memes and the culture. Active participants become your most important asset and voice. That special feeling that you were there when it started, and you played a part. It’s fun, and you’re connected to it.

Consider being part of a major web3 Creative IP and Entertainment Studio from the ground-up. That’s exactly what the team has in store. They plan to provide a value-add to the ecosystem by creating a more tangible product with global reach, leveraging short-form content. “But it’s so much more than that,” explains co-founder Nic Cabana. “The NFT narrative for the larger demographic still has a negative bias. Professional artists aren’t educated about NFTs and many won’t touch them, for now.  But we can change that. We’re connected, and we’re credible. The industry is extremely tight-knit, and we’re going to tap into it. By leveraging our first-mover advantage and focusing on educating the community, we’ll become a springboard for industry artists to kickstart their IPs under our umbrella. We’ll act as an advisory board for web2 natives trying to understand the space. The entire ecosystem will see benefits.”

What’s just as exciting is the team’s plan to hold mentorship programs for artists and offer production services to other web3 projects. This will foster strategic relationships as well as bring in an added revenue stream. Many projects must outsource when looking for high-end 3D and animation work. This team can provide that service from within the ecosystem in a frictionless way.

From the start, Claynosaurz has been walking the walk. Every step of the way, they’ve been pulling in the community on important decisions like where to take the art and what works and what doesn't. But, more than that, they’ve shown how committed they are to the overall ecosystem. They’ve already made a mark in the space by launching a first-of-a-kind campaign in collaboration with 1/1 artists, where an impressive average of 100 SOL was generated in revenue per artist, for a total of 15 artists, completely pro-bono from Claynosaurz’s side.

Claynosaurz is genuinely something different. The team fully embraces the web3 ethos and puts community first, all while developing a next-level project overflowing with imagination and creativity. Steeped in experience and romantic visions of the web3 future, Claynosaurz is ready to roar and make a splash not only in the Solana NFT community but the world.

As a Creator Studio partner, Claynosaurz will be one of the first projects to launch using tools designed for everyone. Be sure to follow their journey by keeping up with their Twitter and follow the Metaplex account for more Creator Studio adventures. 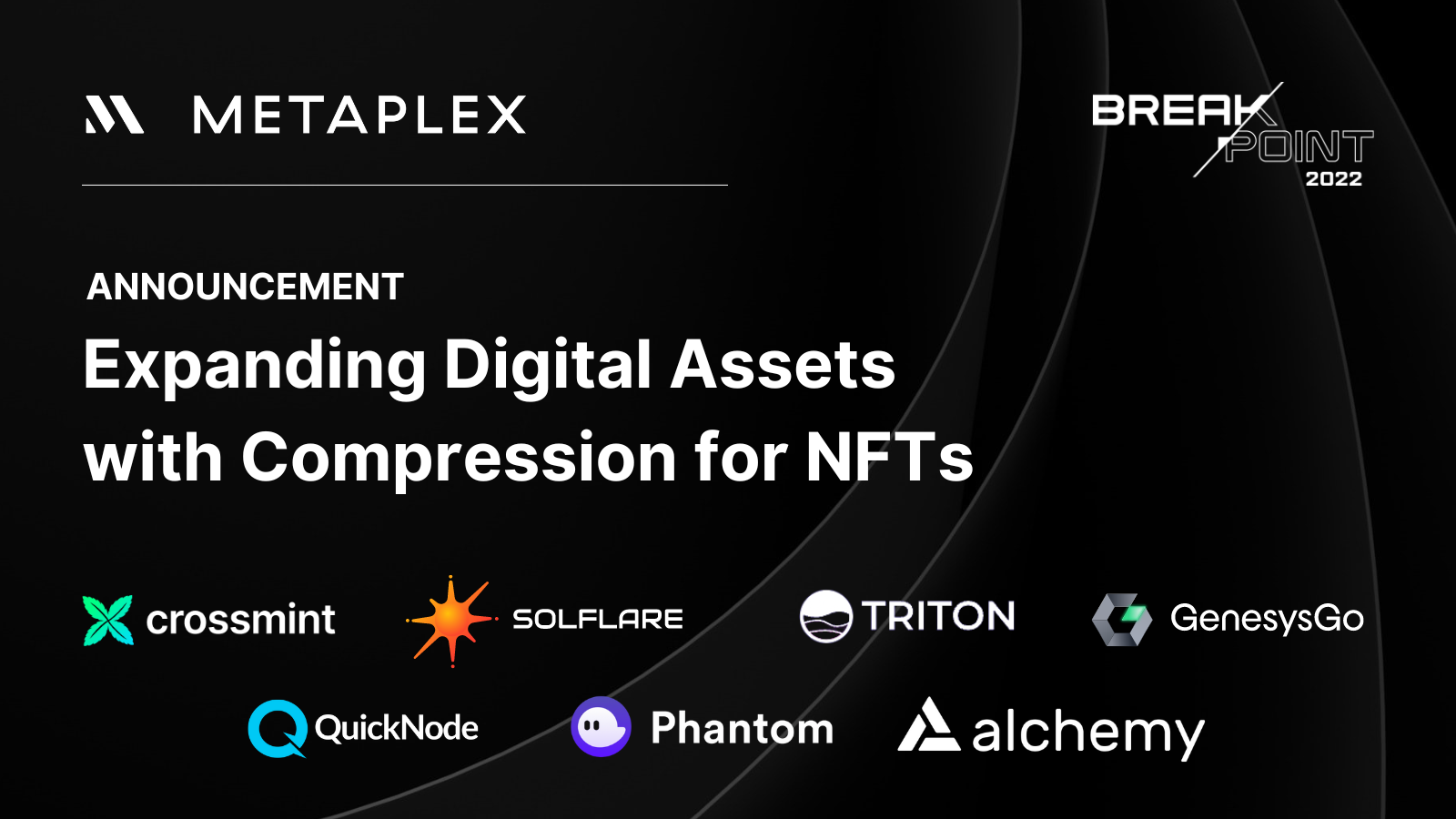 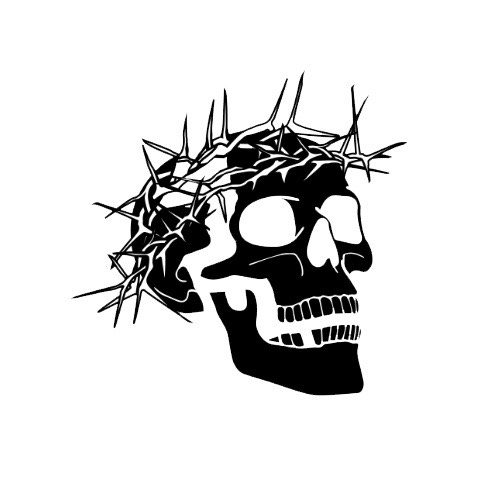